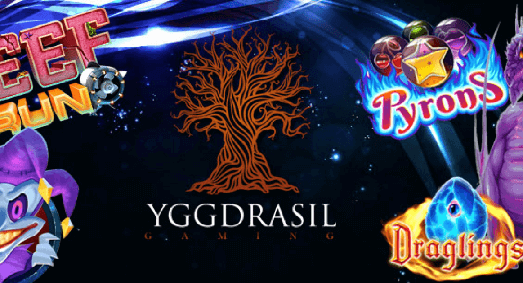 Yggdrasil Gaming’s most recent financial report has shown impressive and accelerated growth for the mobile gaming developer. The firm has enjoyed a 116% increase in corporate revenue in H1 2017, which it has attributed to its securing 24 new operator partners during the six months in review.

CEO of Yggdrasil, Frederik Elmqvist, commented on the deal, noting that Yggdrasil has been expanding its footprint in regulated markets during recent months, and its investments made in new markets such as the UK are now producing notable returns.

It is exciting, the CEO said, to see that the company’s investments have proven to be successful, and this underlines Yggdrasil’s commitment to the aforementioned markets as part of its corporate strategy as a whole.

The company’s Q2 report saw its revenues grow by a whopping 103% compared to the same period of 2016, growing to a new company high of SEK40 million (£3.9 million). With its profit margin now standing at a generous 42%, Yggdrasil’s EBITDA also increased by 76% in Q2, reaching a total of £2.9 million.

Investments were the focus for Yggdrasil during Q2, and the company continued to invest in new games, new markets, new features for its products, and new gaming infrastructure, including the establishment of a new subsidiaru, Yggdrasil Gaming Sweden AB, noted Elmqvist.

He revealed that the company has also focussed on its own reorganisation, allowing it to scale and restructure its CPO, CSO, and CTO functions in order to clarify employee duties and responsibilities. This reorganisation has been essential to highlight necessary recruitment, the CEO explained.

The company has also seen a dramatic rise in player transactions over Q2, with their value reaching 1.5 billion rounds and operating at an increase of more than 99%. During the period in review, the company also hired 23 new staff members with the aim to add even more to its growing team of 143 professionals.

Elmqvist commented on this too, noting that operational costs are growing, which is necessary for Yggdrasil to deliver on its goals.  However, the company’s ability to deliver operating profits of over SEK15 million in Q2 has demonstrated that it remains focussed on the bottom line, he said.