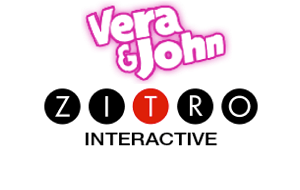 Zitro Interactive has just announced a new content deal with one of the UK’s most popular online casino and betting operators, Vera&John. The online gambling software developer made the announcement that its new deal with the casino company has been made official, and that its video bingo games have already been made available to Vera&John’s players.

Vera&John is one of the world’s most prolific casino brands, offering over 700 games from some of the most respected global software providers in the industry. The casino operates under a license from the Malta-based MGA.

Zitro Interactive’s new deal with the casino brand will see Vera&John casino offering four of the company’s most popular bingo games: Fishmania, Rabbit, Lucky Hero, and Tacomania. The games will initially be made available through the casino’s Brazilian-facing website, and if they prove successful, the operator will make them available for other regional markets as well.

The markets that will soon see Zitro Interactive’s new games have not yet been released, but the company is set to announce them to the public soon.

The new content deal between Vera&John and Zitro Interactive will enable the latter firm to begin to profit from its newly licensed operations. The firm obtained a license to create and provide online gambling games from Malta in September last year, and is the first company to obtain a license to provide video bingo games in particular.

Zitro Interactive’s CEO Sebastian Salat commented on the latest deal, saying that Zitro is completely committed to its goal of being one of the iGaming industry’s leading software providers. He noted that this goal also implies expanding the company’s presence in the online gaming realm, which the new Vera&John content deal will assist the firm to do.

The firm’s first step in making the most of their new Malta license is sure to bring plenty of new opportunities its way, including the chance to offer gaming content to some of the world’s foremost online casino and bingo brands.

Salat termed the deal with Vera&John a big step forward for his company, and also a step in bringing it closer to meeting its primary goal of becoming an international leader in the online gaming industry.