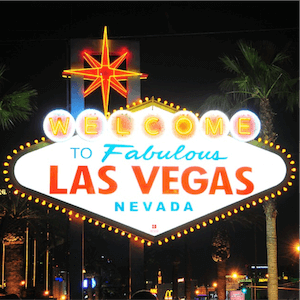 Las Vegas gambling industry executives are rubbing their hands in anticipation of the Casino eSports Conference. They, along with hundreds of software developers and players, will descend on the Luxor’s purpose-built arena for the event on 5 and 6 September, and they hope to cash in.

The theme of this year’s conference is For the New Age of Gaming. This time, it hopes to bring the gambling and eSports industries closer together; something that could lead to betting on events in casinos. However, the way forward may not be so simple.

The industry focused on competitive video gaming is a new one, and is still in the early stages of regulation. This applies to both the industry itself, and to it being offered as a market by a growing number of online bookmakers. There are also potential obstacles within the industry, as some stakeholders are not happy with the idea of it being linked to gambling.

After a slow start, the gambling world is embracing eSports. UNLV International Centre of Gaming Regulation’s Jennifer Roberts said it was simply another option available to players, especially those of another demographic. The goal now is to formal standards and regulation.

Operators, however, may find their newfound love unrequited. Some software developers active in the new gaming industry are actively discouraging eSports teams from responding to their advances.

One such developer is Valve. The company appealed to those who will participate in this year’s International, to be held in Canada, to avoid sponsorship deals with online casinos and bookmakers.

Looking at some stables, that horse has already bolted. Invictus is sponsored by Betway, and HellRaisers is sponsored by Sportsbet.io – and those are not the only ones. Whether those deals, made in good faith, will jeopardise the involvement remains to be seen.

After seemingly coming out of nowhere, the competitive video gaming world’s popularity is growing exponentially around the world. 2017 saw its global revenues climb from 2016’s figures by 33 percent to US$655 million. Analysts think revenues will soar to more than US$1.60 billion in three years’ time.

Members of the industry’s international federation met with the International Olympic Committee to discuss its possible inclusion in the world’s most prestigious sporting event – and the response was encouraging. Within six years, it could be demonstrated at the 2024 games to be held in Paris, France.

This does not mean it will never be included fully in the Olympics. 2022 will see eSports among the official medal events at the Asian Games to be held in Hangzhou.

While the two industries continue to work toward a mutually-beneficial relationship, one thing is certain – the near future of eSports is going to be exciting.