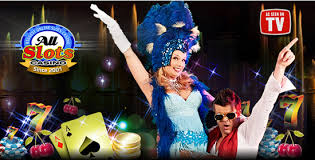 In November 2013, All Slots online and mobile Casino began a new campaign inviting players to Bring Vegas Home with a FREE £33. This extra cash boost to your bank balance when you begin gaming at a new Casino can prove extremely useful in bagging some big wins, as many UK players have so far discovered.

The largest UK win since the start of the new promotion was a massive £13,925, won by R.J. on the Agent Jane Blonde Slot whilst playing on the mobile platform. All Slots Casino has over 35 fantastic Slots to choose from on its mobile Casino, which has held the top spot in the UK App Store for several weeks now.

Other huge wins have been awarded to the following lucky UK Casino players:

Both Harry and Christine chose to play at the All Slots Flash Casino, which is particularly popular with online gamers as it does not require any software to be downloaded.

Thunderstruck II is the most recent addition to the All Slots mobile Casino as it has recently been redeveloped by Microgaming into a fully compatible HTML5 format. Players who have access to a smartphone, tablet or desktop computer can enjoy a seamless continuation of their gaming session when moving from one platform to another.

The All Slots Casino Bring Vegas Home promotion has been offering new UK players a £33 FREE No Deposit Bonus when they register, whether they choose to join up via their mobile, tablet or desktop. This promotion will continue to reward new joiners with the No Deposit Bonus for as long as the television advertising campaign lasts, which could be well in to the New Year. So far it has aired on ITV 2, Sky1 and Channel 5.

If you would like to take home all the thrills and excitement of Vegas and claim £33 absolutely FREE then why not join All Slots Casino today? You can play via the top-rated mobile App or by accessing the Flash Casino online. Whether you’re hoping to win a big Jackpot like R.J. or you just want a bit of light entertainment to give you a pick-me-up in the afternoon, there’s something at All Slots for everyone to enjoy.