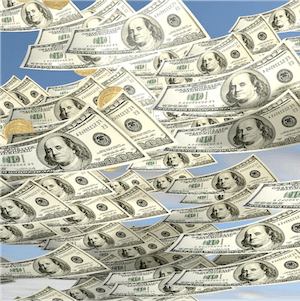 Two lives had been changed for the better, with the combined winnings tallying up to a dizzying £7.5 million.

Mega Fortune Lives Up To Its Name

The smaller of the two progressive jackpots paid out an astonishing £2,667,437. Hailing from the UK, the fortunate player was playing the Mega Fortune online slot, at no more than £1 a spin, when he triggered the Mega Fortune Bonus Feature.

He was soon rerouted to the game’s progressive jackpots screen, where he could choose any one of three jackpots to have a go at. The over-excited man relates how he covered the game’s screen with his one hand, afraid to jinx the end-result by looking.

The other jackpot stood at an incredible £4,084,430 when the game’s bonus wheel was triggered. The player was lucky enough to make it all the way to winning the ultimate prize. The game was NetEnt’s Mega Fortune Dreams Slot.

NetEnt’s Chief Product Officer, Henrik Fagerlund, congratulated The Stars Group and online casino PokerStars Casino for what is now officially their biggest online payout ever to a player. Fagerlund also said that it was these types of incidents that kept players coming back to play NetEnt’s games over and over again. He said that now was a time that the jackpots just kept on coming, and that the team at NetEnt was every bit as thrilled with the state of events as the players.

Two progressive jackpot payouts in a question of 24 hours is a record milestone, even for a prominent gaming giant like NetEnt. Fagerlund expressed the hope that NetEnt’s games would continue to change the lives of players on an ongoing basis.