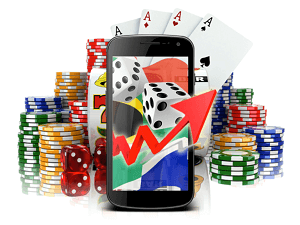 The rise in mobile gambling over the past few years has been massive, with more players than ever before seeking out convenient casino solutions that are compatible with their smartphones and tablets.

Now, new statistics released by the UK Gambling Commission have shown a continued rise in mobile use by local gamblers, which is also an overall reflection of how the entire world is ‘going mobile’ at a rapid rate.

The latest figures from the UK authority have shown a huge 10% year on year growth for gambling from mobile devices. This brings the proportion of mobile to desktop gambling up to 43% overall, with no signs of slowing down for the popularity of mobile casino apps and gambling sites.

Participation statistics have also revealed some other interesting trends in the landscape of mobile gambling in Britain. The number of UK players playing casino games online has remained constant over the last year, which suggests that the trend towards mobile device gaming is a migratory one by local punters.

The research conducted has also indicated that advertising and social media are proving very fruitful for UK-facing gambling operators. Statistics show that over 68% of online gamblers aged 18-24 have been attracted to the industry through these two mediums, indicating that social media presence is a strong strategy for any iGaming company who wishes to attract their share of the younger Millennial market.

A Poignant Concern Raised by the Commission

However, the UK Gambling Commission did voice its concerns over one aspect of the investigation. Around 23% of the UK gamblers who took part in the national survey admitted that when they began to play at their chosen mobile casino, they did not read the terms and conditions before signing up.

While players that have chosen reliable mobile casino apps and gaming sites may still be in the green, this practice could make others vulnerable to casinos with unscrupulous practices and questionable requirements.

This in turn could affect players’ abilities to cash out winnings and also to become eligible for certain incentives such as mobile casino bonuses and promotional offers. Players are thus urged to check out their mobile casino’s terms, conditions and reputation before signing up to avoid any potential disappointments.