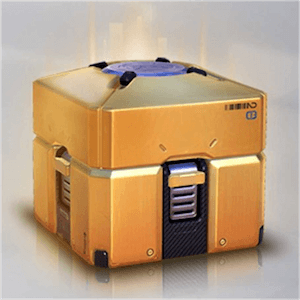 Many teens and even adults consider video games to be a harmless form of entertainment for all ages. However, experts have spent years warning gamers about the possible harm of their pastime, but until now their warnings have not been widely considered.

Now this could finally change, and the players who play video games could enjoy improved protection as a result. On June 18, ‘Gaming Disorder’ was finally added to the plethora of mental health disorders laid out by the World Health Organisation. Simultaneously, new video game research and a study on loot boxes also appeared in Nature Human Behaviour.

Teams in Australia and New Zealand, who claim that video games are exposing younger players to numerous in-game rewards that can be purchased for real money, conducted the research in question. The studies posed questions about the mental effects of these video game features on gamers, especially since they are considered to be a form of gambling by many industry experts and regulators.

As mentioned above, the studies that appeared in Nature Human Behaviour were intended to raise questions as to whether in-play video game features like loot boxes should be classified as gambling – and whether or not they should be regulated in the same way as traditional gambling activities.

The Australian and New Zealand study in question revealed that 45% of the 22 games surveyed met all five psychological criteria for the titles and their features to be considered a form of gambling. The games were all rates as being appropriate for players aged 17 or younger by the Entertainment Software Ratings Board, or ESRB.

The aforementioned five characteristics are shared by most gambling activities. At the same time as the research was being conducted, these five criteria were spotted in various video games featuring loot boxes that could be exchanged for money or other goods of value. In these features, chance always plays a role in the outcome of players’ purchases. Also, players also tend to gain an advantage in their games by purchasing the boxes, normally at the expense of those who do not partake.

Massey University School of Psychology’s Dr Aaron Drummond commented on the issue, noting that video games and loot boxes are relevant to residents in New Zealand due to the fact that the nation houses more game developers per capita than any other country in the world. Dr Drummond noted that understanding the psychological risks posed by video game features like loot boxes is essential in order for players’ safety to be prioritized.

At the present, New Zealand is one of the world’s top game development destinations, housing over 600 developers that create a wide range of entertainment and leisure products. Only recently, however, have measures been put in place to deal with problem gambling issues.