Responsible Gaming On The Rise In America 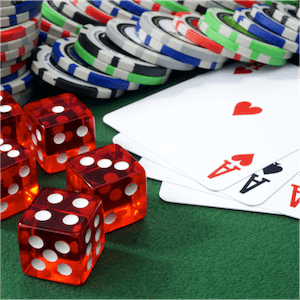 Nine out of ten casino-goers are well versed on the measures in place regarding responsible gambling, and they are in fact practicing these measures and keeping to the budgets they have set for themselves. So says a new report that studied the data of Americans taken during a survey over the last year.

The report was compiled by the American Gaming Association (AGA), who looked at the behaviours of 2 014 casino-based gamblers over a year. The aim was to determine how people were responding to the responsible gambling measures available, and which, if any, they were using.

88% of those examined say that gambling is an acceptable form of entertainment, while 60% believe that casinos certainly aid the economics of the region.

Responsible Gambling Is The Priority

Bill Miller, CEO and President of the AGA, admits that this is a key point for them.

He explained how the studies show that their tireless campaigning and their commitment to responsibility is starting to pay off. But they can never become complacent with these measures, he adds, so their work will never be done. The AGA and its employees look forward to continuing their work with the gaming regulators, their partners, as they stand up against problem gaming. They want to make sure customers continue to participate in this form of entertainment responsibly.

Legalization Of Gambling In More States

The AGA also reports that many new states in the US are legalizing sports betting, in the wake of a Supreme Court ruling in May 2018, which effectively overturned an old 1992 ruling prohibiting sports betting.

The AGA discloses that there is an increase in pace with these legalizations, with 15 more states waiting for their bills to be passed. They believe it’s a matter of FOMO (Fear of missing out) that is driving this flurry of applications, and they admit it is happening faster than they had anticipated.

Gaming certainly seems to be making big strides over the past years, with the public moving over to a level of acceptance of the industry, not just as a partner in the community to drive employment, but also to drive the economy.