Siri really can do anything! Apple’s personal assistant was around before Cortana, Bixby or Google Assist, but she, or he if you prefer, is still ahead of the pack in every Apple devotee’s mind. You can use Siri to manage your calendar and other apps, remind you of events, read out your text messages, and more.

The best thing about any personal assistant is that you can ask them anything. That’s true about Siri, of course, and when you’re struggling to remember the name of a 90’s singer that is on the tip of your tongue, suddenly struck with the intense desire to know how soap is made, or want to find the best iPhone casinos available in your country, Siri can help. ‘She’ will display the singer’s name, the exact soapy making method, or a list of premium playing destinations, all within a matter of seconds.

If you’re craving gelato, Siri will supply a list of ice cream shops that are in your area. This is straightforward and helpful, of course. But ask Siri the question of which came first, the chicken or the egg, and you see a hint of a sense of humour. There are various answers that Siri supplies here, but one is that, while it can’t be said for certain which came first, if you are hungry, the personal assistant can help you to locate nearby restaurants!

In years gone by, if you played the Kings Quest video game and typed in a rude instruction, the game was programmed to come back with the snappy remark that a naughty wizard must have raised you. In an update for the twentieth century, the developers at Apple have created some very witty responses to give Siri a truly sparkling personality. Some of them appear as soon as you ask Siri something, some only after you have repeated the question a few times, and some give different, equally quirky answers each time you ask the same thing.

Fans of the television show The Big Bang Theory may remember how Rajesh Koothrappali, unable to speak to human women, built a virtual relationship with a female-voiced Siri in a relatively early episode of the show. The assistant remembered the things he had asked before, and was able to recommend food and wine pairings after searching online. The clever answers that Siri gives make things even better and are a whole new way to interact with your device. It’s metaphysics at its wittiest best! 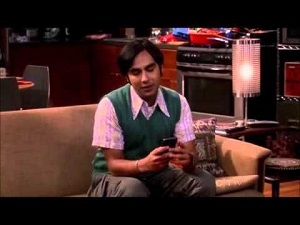 Getting to Know Siri

There’s no way to list all the quirky responses Siri might have, or all of the questions that might elicit them. It would be too huge as it stands now, and there are no doubt many that are still being discovered. So to give you a taste of the kind of high-class wit and intelligence you can expect when you engage with Siri in this way, here are a few of the best examples:

There are plenty of other references to pop culture to indulge in as you hang out with the world’s best personal assistant. If you have access to Siri, we suggest you ask a few questions of your own - you never know what gems ‘she’ll’ come up with!