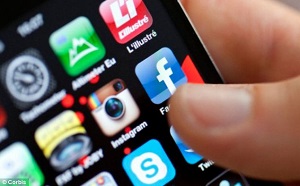 With companies such as Jumbo Interactive Limited taking the gaming industry to new heights, social media is now playing a pivotal role in sports betting, as has been discovered by brothers Toby and Josh Simmons from Melbourne.

Making the most out of the popularity and increased use of social media platforms, the brothers describe their venture, Favourit.com as being the “Facebook for sports.” It offers users access to the opinions of fans and punters, giving further insight and coverage into sports and providing an experience that makes sports betting easier, friendlier and better.

The Australian Financical Review reported that Tabcop Holdings’ online bookmaker, Luxbet, signed up with Favourit in January, 2013. General Manager Andrew Vouris said that “social media is a growing part of wagering that we need to be involved in.”

Favourit has been constantly progressing in the world of social media. Recently they launched an iPhone App, which has proven successful with its users. They have also gained a lot of interest from individual investors, and $3.5 million has been invested into the company, helping the Simmons’ brothers on their way as they set their eyes on global expansion.

Favourit is a stand-alone social media platform that is based entirely around sports betting. However, the Simmons’ have been spurred on by the success of online gaming on social media sites – Facebook has proven to be a highly popular platform for online social gaming, with both Aristocrat Leisure Limited and Zynga having enjoyed massive success through making their games available on Facebook.

Last year, Aristocrat purchased social casino game maker, Product Madness, and has continued to delve into the world of online gaming. Product Madness’ games do no offer real-money gambling but according to estimates by SuperData Research, 2% of the games’ users will purchase extra ‘credits’ for premium game-play. This move has helped to increase Aristocrat’s revenue and market its well-known brands of Pokies.

Zynga have been a real success story in the world of social gaming. With many globally popular titles under their belt, such as Farmville and Zynga Poker, their current market capital sits just under US$3 billion. However, shares prices have recently been decreasing in value. Having been valued at $14.69 just over a year ago, they have significantly reduced to as low as $2.09, amidst fears that Zynga relies too much on Facebook games for its revenues.

Facebook has been utilised by many online gaming companies but with punters wanting to make real-money bets, Toby and Josh Simmons could be on the path to sports success with their site.