Smartphones Are Here To Stay Despite Perils Posed By Apps 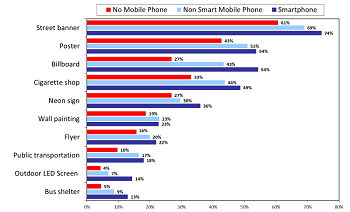 It appears that smart-phones are here to stay despite the perils of privacy intrusion, and the fact that they are seldom used for placing traditional phone calls. In a July 2012 research study, statistics based on survey data provided by individuals 18 to 65 years of age concerning typical smart-phone usage reveal: 75 percent text messaging, 52 percent browsing, 38 percent social networking, 34 percent gaming, but only 25 percent voice calling. Of individuals 18-34 years of age, 50 percent admitted to using their phone as an alarm clock and 46 percent in place of a timepiece.

When questioned regarding apps, 43 percent download them with 52 percent adding at least one new app every three months. During a Pew Research Center survey, 88 percent of adults stated their greatest concerns were accidental phone loss/misplacement and theft. Less than 50 percent were aware of or concerned relative to the possibility of privacy intrusion.

According to studies conducted by Massachusetts Institute of Technology, the majority of smart-phone owners are not aware of the type and amount of personal information stored in the GPS function, nor that service providers can legally collect, retain and share this information with third-parties during a service contract period. In addition to voice calls made and received, it is possible to retrieve pertinent information relative to contact list members, texts/emails sent and received, and all browser activity including visits to personal bank account websites. Only 50 percent of smart-phone users admitted to clearing browser history and phone location activity on a daily basis.

Two MIT Computer Science Department professors are currently conducting research concerning the perils posed by app usage including the capability of some apps to retrieve and transmit data even when an app is not in use or the smart-phone is turned off. Their findings highlight the fact that the Angry Birds game app collects, stores and transmits GPS and WiFi activity, and that the apps privacy policy fails to mention the occurrence of tracking both during and following use.

Out of approximately 30 apps they have tested, the text messaging app WhatsApp revealed issues of extreme concern. While in use, this app collects phone numbers in the users contact list to learn how many are WhatsApp users. WhatApps has filed a copy of their privacy policy with the Future of Privacy Forum located in Washington; however further inquiry revealed the forum derives its funding from technology companies.