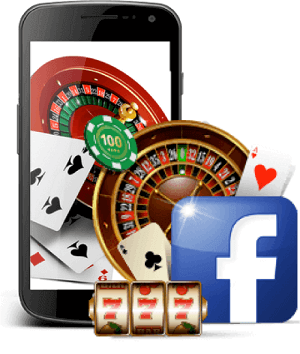 Back in January this year, Research and Markets revealed that a brand new report would be added to its current offerings: the ‘Global Casino Gaming Market 2017-2021’ (or GCGM) report. The report was prepared using data from an in-depth market analysis along with various industry experts’ input, creating a comprehensive prediction of the iGaming market’s future trends.

The report covers the market, its landscape, and its prospects for growth over the next 5 years. It also includes lists of key vendors and operators in the gambling market such as Caesars Entertainment and MGM Resorts. Calculations of the market size for each respective year were also provided, generated by different casino types.

The report for 2017 revealed that one significant market driver is an increased GDP and tax contribution. Casino-generated revenues could be used to boost national economic activities, according to the report, which also noted that the casino industry holds the potential to create numerous jobs, considering the large workforce it requires.

Social Gambling Apps On The Rise

In terms of land-based gaming, the report noted that a single large US casino could employ as many as 10,000 workers throughout any given year, while also having to pay over around 25% of their total revenues in the form of tax. However, it was highlighted that governments could reduce these tax rates in order to give the gambling landscape a chance to grow.

The report also highlighted significant changes in players’ gambling habits on a worldwide scale. Gambling apps have been steadily increasing in popularity since the start of 2017, and social gambling is also a major factor expected to drive the growth of the market over the next few years.

Gambling operators have begun to use this increase in mobile casino gambling to their advantage as well, creating a new generation of innovative social gambling games to appeal to mobile players. The number of participants in social gambling is surging as well, the report stated, thanks to players being more motivated to compete with their friends.

Furthermore, as social media platforms continue to grow, players will be able to compete and socialise with more of their own friends and relatives, which could boost social gaming participation numbers even more. Additional factors in the rise of social casino players are more social in-game modules, user-friendly games and game play, and engaging casino tournaments, said the GCGM report.

These trends were already being noted at the beginning of the year, and have continued to grow considerably throughout 2017. With this in mind, the report’s predictions about the continued growth of social gambling apps may well be spot on – although this will only be proven true once the gambling trends for the next few years emerge. For now, however, the outlook looks bright for the social gaming movement.