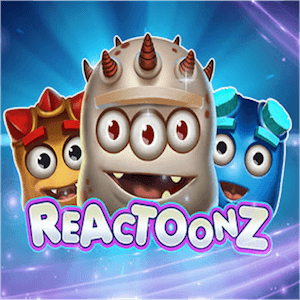 A fantastically lucky run on the Reactoonz mobile slot from Play ‘n GO has made one player more than more than CAD15 million richer. The seasoned high roller accumulated the massive win over a few very fortuitous spins, taking home a life-changing cash prize for his efforts.

Reactoonz is one of Play ‘n GO’s most popular slots by far, capturing the attention of thousands of punters with its imaginative monster theme. The slot game combines elements of social casino games with those of traditional slots – a winning combination that has paid out massive jackpots to a handful of casino enthusiasts as well.

The latest lucky winner was playing online in Euros at home when he began his lucky run. At the end of it, he cashed out winnings in excess of €1 million, despite it being his first time spinning the reels after signing up and playing for €80 per spin that very same day.

Playing at maximum bet, the punter hit combination after combination of lucrative Gargatoons in the game’s main bonus feature. It was here that he managed to build his bankroll up to €100,000, which alerted one of the casino’s VIP managers. The manager contacted the player, who decided to take the plunge and play at a significantly steeper €400 per spin.

Whether it was luck or passion that kept him playing, the lucky winner continued to hit lucky streaks on the Reactoonz slot, leading to even larger wins that continued to accumulate. The punter cashed out at €100,000 during the run, but continued to play, eventually pushing his bankroll up to a sumptuous €940,000. He even managed to score €333,460 in a single spin after landing 15 of the game’s most lucrative pink symbols!

Any Slot Could Pay Out Huge

It was after this huge win that the punter called it a day, and cashed out winnings of well over a million Euros. Of course, he now serves to inspire other players to get spinning in the hopes of winning big in any mobile slot they choose.

Being a humorous and cartoon-style slot, not many people would connect such a massive jackpot with the game. However, it goes to show that even the funniest slots are capable of paying out big – and Reactoonz’s max wins of 1,500x players’ stakes are a great example.

In the winner’s case, adding some impressively high wagers to the mix also worked in its favour, although many others have won even bigger while playing at much lower stakes. In any case, it is evident that games like Reactoonz are just as suitable for Canadian high rollers as they are for players who are simply looking for an evening of light-hearted fun!