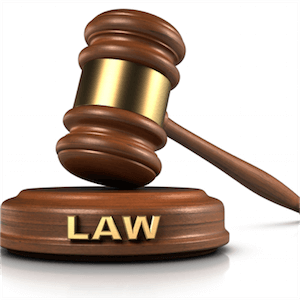 The local government in Quebec passed Bill 74 in May 2016. The focus of the Bill was on forcing Internet service providers to block all websites that offered gambling services. However, the Bill was challenged by the Canadian Wireless Telecommunications Association, CWTA. The matter went before the Quebec Superior Court.

The result of the challenge came as a surprise to some, with the Quebec Superior Court calling Bill 74 unconstitutional. The decision was, of course, applauded by the CWTA.

The argument brought by the CWTA was based around the notion that the province had no grounds upon which to dictate terms to Internet service providers. Instead, the CWTA proposed, it was a decision to be made by the Canadian Radio-television and Telecommunications Commission (CRTC). In other words; the argument was the province was out of its jurisdiction to make any demands of Internet service providers, of any kind.

As it stands, the existing Telecommunications Act species, clearly, that the broadcasters of content will not in any way influence or control their content, unless specifically requested to do so by the CRTC, and not the province. The CRTC only put forward the blocking of any websites in specific and exceptional circumstances.

Justice Pierre Nollet added to the argument with some cutting words, saying that Bill 74 was not about protecting consumer health, but rather about restricting access to website that the government was not benefiting from.

Speaking on the matter, Tiéoulé Traoré, manager of government relations at CWTA, said that CWTA always firmly believed that Canadians were better served by symmetrical regulations, as opposed to those he referred to as a patchwork of federal regulations.

He went on to say that he applauded the decision by the Quebec Superior Court, and that the ruling sent a strong message. In his opinion, regulatory certainty had been reaffirmed, and incentives for future investment had been re-established.

Not a Happy Ruling for All

The ruling may have been applauded by some, but the Quebec local government must have felt the pinch. The enormous potential of online gambling in Quebec has already firmly been proven; given that Loto-Quebec published it’s earnings, showing an enormous 29.7% increase in annual revenue earned, consecutively.

Previously, the Minister Of Finance had indicated that, EspaceJeux.com, the online website for the lottery, would have seen a further enormous increase in earnings to the tune of about C$27m annually, had Bill 74 gone into effect. As it stands, no indication has yet been made as to whether the ruling will be challenged, but speculation is that the last has not been heard of Bill 74.