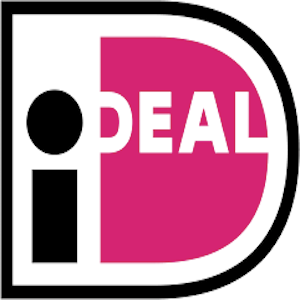 It’s been a tumultuous time for foreign operators in the Netherlands, with local gambling regulator Kansspelautoriteit coming down hard and fast on any outsider attempting to punt its services to Dutch players. Late in August, it was announced that major operator Betsson had been slapped with a €300,000 fine for having over-stepped the boundaries.

Now it seems as if The Stars Group-owned PokerStars may have walked the same line. The supplier has informed Dutch players that the group’s iDEAL payment solutions provider would no longer be available for use by players in the Netherlands. The company went on to suggest similar alternatives that could be used instead.

The group reportedly sent a message to Dutch players, informing them of the fact that the iDEAL payment platform had become a point of focus for Kansspelautoriteit, and that an official investigation had followed. The group also explained to players that the regulator had made it abundantly clear that any companies previously sanctioned by the authority, would not be in a position to apply for a licence once the re-regulated market opens for applications.

The group said that as a result of this particular announcement by the gaming regulator, it was left with no choice but to completely remove the payment platform. As possible alternatives, SOFORT and Trustly were recommended. All of the mentioned platforms enable players to make safe and secure deposits and withdrawals directly from and to their bank accounts.

Questions are now being raised as to whether the group has been slapped with an official fine, or merely been reprimanded by the gaming authority.

The announcement by The Stars Group, as well as the earlier fine imposed on Betsson, has once again raised questions regarding when exactly the approved Remote Gambling Bill, allowing for the involvement of foreign operators in the country, would be coming into effect. The new Bill was approved two years ago, and to date little to no progress regarding its implementation, has been made.

The next step is for the Remote Gambling Bill to be passed by senate. Lawmakers have indicated that the hope is that this will have happened by the start of 2019. One of the provisions of the new Bill is that it requires all foreign operators to establish a physical presence in the Netherlands before such time as they will be permitted to officially operate and offer services to Dutch players.