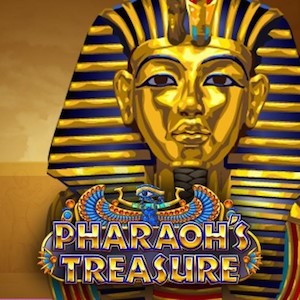 Of all of its games, Playtech’s most popular offering is probably its range of highly lucrative progressive video slots. On June 5, one lucky punter discovered just how profitable these slots can be, striking a thrilling progressive jackpot win of $910,426 while playing at their favourite online casino.

No finer details have been revealed on the big win yet, but there are a few key details to share. It has been confirmed that the prize was indeed struck, and that it is the first ever progressive win recorded for the relatively young title.

The prize in question was a progressive jackpot, with its prize growing in value every time a player that is part of the network takes a real money spin. In the case of Pharaoh’s Treasure, this proze is awarded totally at random, with the player triggering the life-changing prize on a single base-game spin.

With a royal Egyptian theme and plenty of golden graphics to match, Playtech’s Pharaoh’s Treasure online slot offers plenty of historical adventure and a handful of innovative bonus games for players to enjoy. The reels spin against a backdrop of a glittering tomb, with realistic Egyptian symbols like scarab beetles, the Nile river, Isis and a pharaoh all appearing to provide winning potential.

The fun plays out over 5 reels and 25 paylines, and the game also offers a Pharaoh’s Treasure logo wild, a Tutankhamen bonus symbol, and a blue and gold statue scatter. The first bonus game on offer is the Tut’s Tomb bonus round, which is triggered by landing three or more bonus symbols on any active payline. Here, players must shine a torch around a dark tomb, and any prizes they illuminate will be instantly added to their bankrolls.

Next up is a classic free spins round, which is triggered by landing three or more scatter symbols on the reels. Ten free spins will be awarded here with all winnings tripled, and it is also possible to win even more free games by landing another set of scatter symbols before the feature plays out.

Last but not least is a traditional gamble feature, which could lead players to win double or even quadruple their wins should they prove lucky. Players need simply wager their most recent win using the Gamble option, and if they can correctly guess the colour or suit of a mystery playing card, they could pocket even more winnings than they bargained for.

As mentioned above, the Pharaoh’s Treasure progressive jackpot is triggered at random on any winning or non-winning spin, and its value can be seen in real-time above the reels while the slot is being played. Pharaoh’s Treasure can be played at any iPhone casino offering Playtech’s portfolio of games.