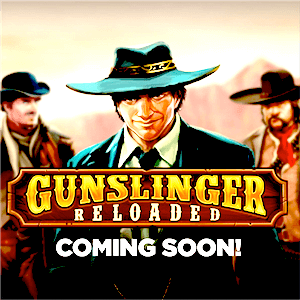 Play’n GO wants to exit the year with a bang. A Wild West bang by the looks of it. The developer’s new slot, Gunslinger Reloaded, a sequel to the very popular original Gunslinger, is due for release on Thursday, October 25th. True to Play’n GO style, the sequel, much like the initial release, will be jam-packed with special features and memorable bonus opportunities.

Best of all, Gunslinger Reloaded also comes kitted out with a progressive jackpot that is activated by collecting Poker hand values as the player progresses through the game.

Pack Your Bags For Italy

Play’n GO has been exploring the Poker theme for quite some time now, with players asking for slots with elements of the game to be included with increased frequency. The card game is a popular pastime for many players and combining elements of it with slots is a genius move.

But not only has the company been busying itself with themed content, they have also officially partnered up with PokerStars, in an attempt to largely expand their footprint in Italy. The partnership with the Poker giant was established and announced earlier this year, and now, mere months later, Play’n GO’s entire suite of games is available to Italian players via the PokerStars platform.

A spokesperson for Play’n GO has said that this was the original intent behind the partnership; expansion into regulated markets, and especially the Italian market.

The Stars Group, owner of the PokerStars brand, is one of the largest gaming operators in the country. The partnership, which is a multi-year agreement, has its focus on especially slots, and will see all of Play’n GO’s content be made available directly from their online platform.

It certainly appears as if the development side of things is being ramped up into the red. The company has released a number of new quality slots over the course of the last couple of months, no doubt in an effort to boost their overall online presence, as well as beefing up content in order to go to Italy with guns a ‘blazing.

Rise of Olympus, Iron Girl, and now Gunslinger Reloaded, have all been released in a very short period of time. There certainly doesn’t appear to be any shortage of ammunition for Italy.