Online Poker And The Fiscal Cliff 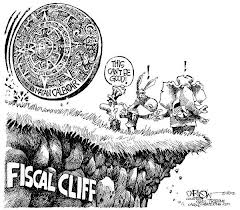 As the days of 2012 dwindle down to a precious few, new or perhaps less-frequently-used words in the average American’s vocabulary such as fiscal cliff, deficit reduction, economic recovery and online poker are gaining prominence in conversion from the office water cooler to the corridors of Capital Hill. Some Americans are beginning to give serious consideration to the possibility that the legalization of online poker could actually prevent the economy from going over the fiscal cliff and ultimately stave off a 2013 recession.

Senators Kyl ® and Reid (D) are being approached on a daily basis by congressional colleagues from both sides of the aisle urging them to consider attaching their online poker legalization proposal to a must-be-passed fiscal cliff prevention bill. Before giving this idea a thumbs down reaction, it behooves every American citizen to become knowledgeable relative to how the Unlawful Internet Gambling Enforcement Act came into existence. This act was actually a rider attached to the coattails of the SAFE Port Act signed into law by Former President, George W. Bush in 2006.

It appears that revisions to the internet gambling proposal originally drafted by Senators Reid and Kyl are garnering attention and bear serious consideration relative to issues encompassing the fiscal cliff. The new proposal calls for the creation of an Office of Online Poker Oversight to function as an arm of the Department of Commerce. Responsibilities expected of this new entity include the policing of all internet poker sites to be managed by casino operators, gaming machine developers and Native American Tribes for the first two years following enactment. All websites are to be exclusively licensed for poker only by the Federal Government.

In the interest of deficit reduction, the16 percent taxation rate to be levied on all revenues generated by these online poker sites will be shared by all 50 states regardless of whether they elect to opt into the Federal Government poker system. Nevada Gaming Commission studies reveal that the nationalization of poker online will be of great benefit to small states such as Nevada whose population is not large enough to generate meaningful revenue from in-state operation as opposed to the amount of revenue anticipated to be generated by the legal participation by gamers from other states.

The new Reid/Kyl proposal will ban the online sale of scratch-offs, casino-style, Mega-Ball, Power-Ball and state-themed lottery tickets. These lottery tickets are of paramount importance to the economic operation of convenience stores and Mom&Pop shops across the country. The proposed bill further stipulates that the Office of Online Poker Oversight will be granted full rights relative to the enforcement of penalties to be levied upon and collected from foreign poker sites which accept U.S., players in violation of 2006 online gambling restrictions.

It is anticipated that new job creation in the technology field necessitated by an increased need for software developers, graphic artists, customer service representatives and database policing will only enhance the estimated $600 million annual revenue generated for American economy by land-based casinos.