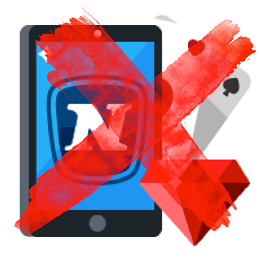 Leading European online and mobile slots provider Novomatic has announced its complete withdrawal from the German gambling market, becoming the second major operator to leave the EU member state after the Gauselmann Group late last year. The company has now also confirmed that its casino games have been removed from all online and mobile gaming platforms serving players from Germany.

The announcement is suspected to have been prompted by confusion between German regulators and local operators as to whether or not online gambling is in fact legal in the country. Novomatic has decided to withdraw its German operations altogether in a bid to adhere to local laws and avoid penalisation, at least until the situation gains more clarity and iGaming is officially legalised in the eyes of the law.

It was late last year when Gauselmann Group confirmed that it was removing all of its iGaming content from German casino websites. This was in part thanks to revelations that the casino brand was linked to other offshore-licensed operators that were offering their products to players in the Western European country.

A little over a month later, German media houses revealed that Greentube, an affiliate of Novomatic, had also decided to remove all of its gaming content from German-serving gaming sites. Now, Novomatic has become the latest in a string of operators to make the decision to step away from the German iGaming space, which was confirmed in a statement to Austrian media firm APA.

In Germany, federal law prohibits casino gambling as a general rule, despite it being unclear how this law governs online gaming. These laws are often criticised for being less than clear, but unfortunately, a proposed iGaming regulatory reform in 2012 has still not been passed into law, leaving operators and German punters unsure of how to move forward.

According to Calvin Ayre, Novomatic also pulled out of its proposed Frankfurt Stock Exchange listing in September of 2017, prompted by delays in the finalisation of gambling hall regulations and concerns that strict laws could limit its land-based product base. Novomatic is one of Germany’s largest land-based casino game suppliers, hence its wish to stay on the right side of the law and sacrifice its online presence instead of its physical one.

In its statement revealing its withdrawal, Novomatic highlighted the challenges in regulating a gambling industry with ‘uncertain legal status’, noting that many operators continue to offer unlawful, copied Novomatic games within the German market without having prior agreements with it first.

The lack of legal clarity has allowed many rogue casinos to steal other developers’ content for their own sites, among other issues, which has seemingly made it easier for licensed casinos to withdraw from the local market altogether in pursuit of greener pastures.