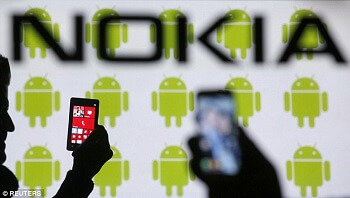 September 5, 2012 is a red letter day in smart-phone world. During a special event taking place in New York City, in partnership with Microsoft, Nokia will debut two smart-phones, Lumia 920 and Lumia 820. These phones feature the latest in technological advancements designed to coordinate with Microsoft’s new Windows 8 browser. Under the leadership of Mark Antisaari a new design team is hard at work to ensure that Nokia will continue be a competitor in the smart-phone industry.

Both models have been specially designed to function on the new Windows 8 operating system. One of the outstanding features on Lumia 920 is a wireless charger built into the phone. The Fatboy battery charger pad guarantees battery power restoration in a matter of minutes. Lumia 920 features a camera on the front and another located on the back of the housing. The front camera provides more than just the capability to capture photographs. Aiming this camera in the direction of any commercial establishment, quickly displays review feedback.

Both phones feature a crystal clear screen appearance via Nokia’s Pure Motion technique. No longer will a user be required to remove gloves in order to touch, tap and swipe. In addition to its large, non-blurry screen, Lumia 920 has a unique storage system created for improved apps management. Apps will be sorted by personal and business categories and stored separately for added communication enhancement. In addition to providing for the display of pertinent data relative to each contact, this compartmentalized storage system was carefully designed to avoid the possibility of conflict with Apple involving copyright/patent issues.

In conjunction with AOL, Nokia phones will offer advanced navigational technology allowing interaction between the Internet and the phone’s GPS tracker to assist users with helpful information including transportation schedules, theater/movie data, and the location of the nearest eatery or gasoline service center.

In addition to free internet radio service, Lumia 920 includes a music down-streaming feature as well as fast music app download. The new play-list including Lady Gaga and Rihanna can be customized if desired This free play-list feature requires no subscription and is ad-free.

While Nokia is currently working with Walt Disney and Dream Works to create new entertainment apps, the Batman app continues to be available only on Nokia phones. If the option to be either Batman or Bane grows thin, crossover apps featuring Perry the Platypus and Swampy the Alligator offer a change of pace.