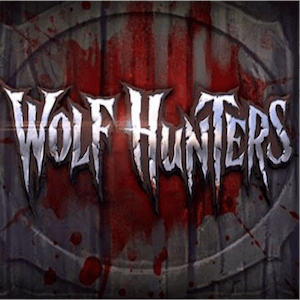 Malta-based developer Yggdrasil has been making online casino industry headlines with its big moves. The developer is most well known for creating outstanding slots, all of which impress with their astonishingly good graphics, amazing animations, second to none soundtracks, and extremely user-friendly interfaces. In fact, Yggdrasil games are easily recognisable by the world-class quality they ooze on every level of design.

Most recently the company has officially revealed its latest release, titled Wolf Hunters. As was expected, it features instantly impressive graphics, showcasing a battle between the player, a werewolf hunter, and a savage half-wolf half-man monster that is running loose.

The new release has been met by acclaim in all departments, with many declaring that the animation quality is some of the best seen in an online slot. There is virtually no doubt that the game will, as with other releases from the developer, become a firm favourite among online slots enthusiasts.

Notably, one of the most outstanding aspects of Wolf Hunters is its ability to tell an on going story. Upon the werewolf landing on the reels, the player “attacks” it, which can result in bonus mini-games being triggered. If the “attack is a success,” of course. Or, in other words, if the symbols match on the reels, there is a chance of them triggering bonus rounds.

Each of the 3 bonus rounds feature their own sets of unique graphics and play mechanics, which simulate a battle unfolding, in which the player gains strength and battles the monster. Naturally, this is also a matter of landing matching spins, which grant ever-bigger jackpot payouts, as the spins progress.

As was expected Wolf Hunters is available on both desktop computer and mobile devices. The title is now officially live, and can be experienced first hand at casinos powered by the developer.

But the latest outstanding release from Yggdrasil is not the only reason that the developer is making headline news. It was also announced that a ground-breaking deal was struck with EveryMatrix, which is certainly a sign that the firm is making all the right moves. The partnership will no doubt be a lucrative one. In speaking on the new slot and the partnership, Jonas Strandman, Head of Slots, was quick to trumpet the high quality of the game.

He stated that he feels that Wolf Hunters certainly has a great deal going for it, from the impressive visual design, to the unique aspects of the game’s mechanics. He seemed especially impressed by the soundtrack, however, which he felt created an ambience and immersion seen in few other titles. He closed by declaring that both he and the creative developers at the company were extremely proud of Wolf Hunters, and that he knew players would be drawn into the unique world, and have an outstanding experience.