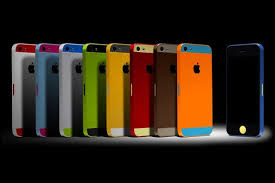 As Apple announces its newest, geekiest iPhone to date, we ask ‘what does this mean for the world of Mobile Casinos…?’

Unless you’re the Lord Mayor of Luddite-land, you’re bound to have heard the news that Apple has released two new iPhones: the 5S and the 5C. With every new phone release or update the Mobile Casino industry starts to buzz with excitement about how they might utilise the new technology. From touchscreens to 4G, WIFI to HTML5, the big advances in mobile phones have changed not only the way we game, but also the way we live; and when all these developments occur, Apple is usually leading the way.

Will Apple impact the future of mobile apps?

The iPhone 5C is Apple’s attempt at a cheap and cheerful ‘budget’ phone – that is if your budget is a staggering £469 ($549) – but despite it’s still sizeable price tag the new cheaper model has been warmly received and shown popular so far. For Mobile Casinos and iPhone gaming in general the sense is that if more people have access to the best gaming platforms, then more people will be able to enjoy all that the best iPhone Casinos have to offer. Even if this new phone isn’t quite an everyman gadget yet, Apple are certainly taking a step in the right direction in their attempt to create a more economical product.

The iPhone 5C will reportedly be targeted at Chinese markets, which could subsequently impact the growing online gaming industry and act as a catalyst to regulation and legalisation of the market outside of Macau.

Additionally the 5C features a longer battery life than its predecessor, so fans of Casino games won’t have to worry so much about their phone cutting out during a tense hand at Blackjack or in the middle of a winning Slots streak.

Let’s take a look at the new iPhone 5S:

The iPhone 5S is the phone that tech fans and gadget geeks have been waiting for. It looks great, but more importantly, it performs incredibly. The new A7 processor is the world’s first 64 bit Smartphone processer containing a remarkable 1 billion transistors. If the numbers don’t mean anything to you then at least note that a 64 bit processor will provide a noticeable improvement to the performance, allowing for more intensive, demanding and impressive applications. The possibilities for iPhone Casino developers and designers in terms of graphics and visually complex games are phenomenal. This incredible capacity for innovation means that the next generation of Casino games for your iPhone will be leaps and bounds ahead of any other smartphone offerings.

An exciting yet practical feature of the iPhone 5S – and something that will be music to the ears of sci-fi fans and gadget lovers everywhere – is the new Touch ID fingerprint recognition system. On a practical level this function will be a faster, more secure method for unlocking your phone as well as downloading Casino Apps – far safer and more effective than a 4-digit code, and with several practical applications: if you carry out any banking on your phone, perhaps when depositing at your favourite iPhone Casino, your iPhone is now better protected, and so by default your personal details are too; if you wish to keep your gaming or browser history private, this information is now much more secure; and, particularly for those with a young family, your children will not be able to gain access to your iPhone to play on your Casino games, or download Casino games from the App store.

This Touch ID fingerprint technology also holds great potential for the future of iPhone Casinos and mobile betting. Although Apple has not currently released the system to developers to use, there is certainly scope for them to adopt the technology in the future. If Casino App developers are able to integrate a fingerprint recognition product into their Casino Apps and Mobile Casinos, then traditional payment methods will be eclipsed by a faster, more secure fingerprint payment method.