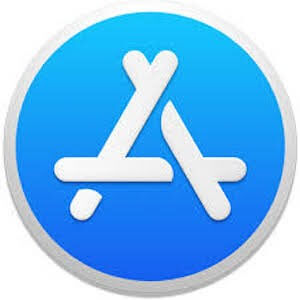 Technology industry giant Apple has just released its App Store Review Guidelines version 4.7. The update specifies that HTML5 games distributed as apps may not provide for charitable donations, lotteries or real money gaming. This comes as a blow for the gambling industry, which has shifted its focus from mobile to desktop betting.

The first signs that there might be issues were seen early in 2019. Multiple online outfits in Europe reported problems when publishing their apps on the App Store. Originally, it was believed that the earlier Guideline 4.2: Minimum Functionality of the App Store Review Guidelines was to blame as this stipulates that an app must include features, user interface and content that make it more than “a repackaged website.”

Apple has always been clear about its distaste for gambling apps, as anyone who read Guidelines 3.2 knows, but the latest Guidelines clamp down more than ever before. Existing apps must comply with the new requirements by 3 September 2019, while all new applications must do so immediately.

Most online casinos and sportsbooks repackage their desktop sites using HTML5, and thus effectively convert them into apps. The new Guidelines' stance on HTML5 applications makes this impossible, and demands that developers include native functionality. All apps must be created natively for iOS, and existing apps that do not have this functionality risk being eliminated from the App Store.

Impact on the Gambling Industry

Apple's new demands will make it much more difficult, time-consuming and expensive for operators to get their apps into the hands of their players and bettors. Native apps do perform better and load faster, but this advantage may nor be enough to offset the issues and potential financial losses.

The 3-month grace period that existing applications have to become completely native is also likely to be too short in many cases. Smaller companies in particular may not have the resources to ensure compliance, which could have a serious impact on the diversity of mobile gambling for iOS users.

Late launches and the profit losses that come along with them have already been reported by SugarHouse Casino and other operators. While responsible gambling is a priority, many are questioning the intelligence of this move. As the mobile gambling industry continues to grow and attract more customers, they might be moved to abandon Apple for more betting-friendly operating systems.