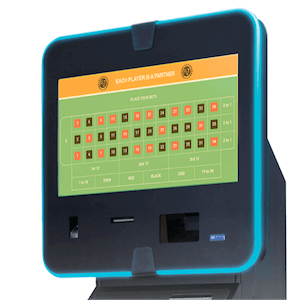 Ask any player what it is that really makes them tick, and the word bonus will almost certainly feature somewhere in the equation. Couple this with the digital wonder that we have come to know as Blockchain, throw in the concept of unlimited, and you’re bound to end up with a winning recipe that is nothing short of applaudable.

For the most part, this has previously left traditional casinos in the dark. Despite most slot machines now running on internet-based web systems, Blockchain hasn’t really featured up until now. However, that is all about to change, thanks to SmartBox.

SmartBox is officially the first Blockchain-based gaming machine. As with all new features and instalments in the gaming market, speculation about the newest addition has been rife. However, markets have responded in a positive manner, with especially the Russian gambling market set to benefit largely due to Russia’s widespread support of Ethereum.

A notable feature of Blockchain, and perhaps the one key feature offering the most benefits when applied to the gambling market, is the possibility of complete transparency and authenticity. Blockchain data cannot be manipulated by anyone, and as such the very technology that Blockchain is built on is similar to the core values of a fair gambling industry.

Traditional casino players will now have the opportunity to become part of the Blockchain revolution for the very first time.

Next to bonuses, players often cite fair play as one of the most important considerations when deciding where to play and which games to engage in. Blockchain falls smack bang into that very dynamic and the technology is expected to revolutionize land-based casino games in the very same way that it has done for the online arena.

Traditional slot machines have often been thought to be bias, with the old adage that the house always wins not doing much in the way of setting the minds of players at ease. Blockchain technology will in effect achieve what the promise of independent regulation and audits have not been able to do: offer complete peace of mind as far as fair gambling practices are concerned.