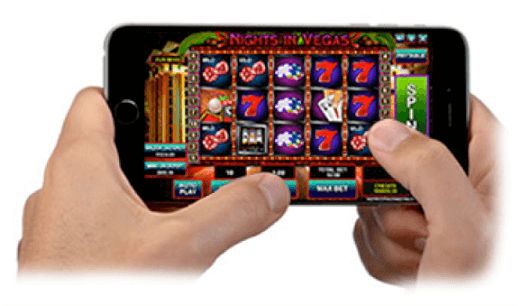 No matter where we are or what we do, mobile technology has formed an integral part of our lives. Even developing countries have been quick to catch onto the mobile trend, and the gaming industry has thrived as a result.

Compared with just a few years ago, the sheer wealth of mobile gaming technology available today is astronomical, with mobile app stores like Google Play and the Apple App Store offering thousands of games to choose from. So persuasive has the mobile gaming movement been that statistics have shown that it has far outstripped traditional desktop gaming to become the most popular way to play today.

Recent stats from SuperData Research have revealed that the gaming industry as a whole brought in a whopping $91 million in revenues last year – with mobile accounting for just under half of that figure at $41 million. This includes augmented reality cult classics like Pokémon Go, which had been downloaded no less than 500 million times just a few months after it hit app stores in late 2016.

Another gaming vertical that has been revolutionised by the rise of mobile technology is the gambling industry. Casino players were once forced to head to their nearest land-based joint to wager, but the emergence of the internet quickly changed that, allowing players to play casino games online, and later, from their smartphones and tablets.

The iGaming market has been quick to move with the latest trends in gaming technology, with almost every well-known online casino brand now offering their own mobile gaming experience. This has proven an immeasurably successful strategy, with the mobile casino industry expected to generate over $59.7 billion by 2020 alone.

Mobile Interest and Use On the Rise

A key part of this success was casino companies’ ability to recognise the potential of smartphones as convenient and highly capable mobile gaming devices. By utilising the mobile platform, casinos have ensured that players have true 24/7 access to all of their games and services, with traditional casino games being completely optimised for play on iOS and Android.

The success of mobile iGaming has also prompted some of the oldest names in gaming to ‘go mobile’. Nintendo is just one such example, with the Japanese gaming giant recently having partnered with Niantic to create popular mobile hits like Super Mario Run and Pokémon Go.

Examples like this show just how rapidly the gaming environment is evolving as mobile devices become smaller and more intelligent. The future of mobile gaming is also set to produce some exceptional innovations like VR and social casino games – but whatever the future holds, mobile gaming is a trend and growth catalyst that is clearly here for the long haul.