Mobile Apps Are Getting Better All The Time 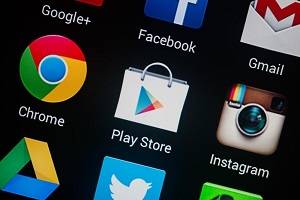 Mobile apps are getting better all the time according to a recent survey by PriceGrabber.com which estimates there are approximately 110 million smart-phones in existence. According to approximately 2,500 adult responders, 32 percent said they would be doing holiday shopping via app downloads. An estimated 82 percent of owners plan to take advantage of early bargain sales and discount coupons at their favorite shopping venues. At least 70 percent of those surveyed maintain they are already consulting these devices on a daily basis and will rely upon them to monitor purchase expenditures in order to better coordinate their spending with budgetary constraints. Many cited the economic boost mobile apps will afford in terms of fuel savings since brick and mortar visitations can be kept to a minimum.

Inter Continental Hotels Group has just announced the debut of a new app designed not just in time for the enhancement of holiday travel but for the year-round convenience of travelers. The travel app features capability for the procurement of travel coupons and accommodation arrangement assistance. In the accommodation assistance sector, this new app offers a time-saving way to circumvent the hassle relative to making corporate-approved reservations and receipt of company travel department sanction. VIP Club members will have instant access to all account data at a touch, tap or swipe. Inter Continental personnel anticipate service for Kindle and Android users to be available in the near future.

Bank of America is pleased to announce that it has a banking app already in place for personal computers and tablets awaiting the imminent debut of Windows 8 operating system. Canada’s ING Direct is reported to currently have apps available for download at all Windows Stores locations. According to ING, this app not only features full access to accounts and associated transactional functions, this new app offers an easy-to-use ATM locator.

Despite Hurricane Sandy’s postponement of the D Dive Into Mobile Conference originally scheduled for October 29th and 30th, 2012 in New York City, SnapChat creater Evan Spiegel is pleased to unveil a new, unique photo app to Androids users. SnapChat only requires users to snap a picture, add text and click send. Upon receivership, the photo will be viewable for up to 10 seconds before it magically disappears not only from the phone but the SnapChat server system. Following SnapChat’s iPhone app debut in September 2011, Spiegel estimates 20 million photos are sent on a daily basis which equals 1 billion photos having negotiated cyberspace in just one year. On the downside, this app is purported to be capable of passing snaps between friends with or without their knowledge. With its disappearance feature being heralded as a resounding tromp over Facebook, Twitter and Instagram, company operations are currently taking place from a family-owned residence in Los Angeles.

According to Mobile News WrapUp, a new racing game app is getting rave reviews for its arcade-style activity featuring 35 different cars and a thrilling raceway. Need for Speed: Most Wanted is available at app stores for under $10.