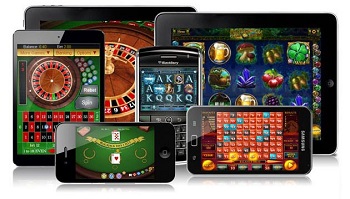 In the world of mobile gaming, and particularly mobile casino gaming, things just keep getting better. Mobile gaming platforms like iOS have become so well-established as premium gaming mediums that nowadays, there is almost every sort of gambling and leisure game imaginable tailored to mobile operating systems across the globe.

It’s only over the last few years that mobile gaming has truly taken off, but with such a massive demand for mobile-optimised gaming, developers are working harder than ever to meet their players’ needs.

The global mobile gaming industry is expected to be worth a whopping $96 billion by the end of this year, which shows a massive movement towards convenient and instant gaming solutions.

So, how has mobile gaming improved since it first hit the market in the early 2000’s? Today’s mobile casino games are building on all the latest gambling trends, while also offering improved functionality, speed, and mobile-friendly features.

The graphics, too, have become better than ever before, with crisp 3D portrayals that work alongside the HD screens of modern mobile devices. Apple iPhones and iPads are constantly being engineered for smoother and more engaging gaming, and with each iOS version that’s released, players can expect even better graphics, compatibility, and exciting mobile innovations tailored to their devices.

Gone are the days when players could only access a few key games or features on their mobile as well. Nowadays, the whole package has been optimised for smartphones and tablets, along with mobile-friendly payment mechanisms and much more designed specifically for real money iOS players.

One of the biggest new trends that mobile gaming is leaning towards is social casino gaming and skills-based games. Millennial players – mobile’s biggest fans – have shown a preference for skilled and social games over traditional slots and games of chance, and mobile developers have been quick to create games that feature unlockable achievements, levels, and the chance for their players to compete with each other to top the leaderboards in their games of choice.

In-game spending has become optional in many of these games, although studies show that social casino players are very likely to move on to real money gaming sometime in the future.

Virtual reality may also soon feature in the mobile games of the future. With virtual reality headsets becoming a trendy staple in many players’ homes, mobile gaming fans could soon expect immersive VR worlds combined with skills-based gaming tenets which they can enjoy instantly when they fancy gambling from their smartphones.