2 New Microgaming Slots in the Works 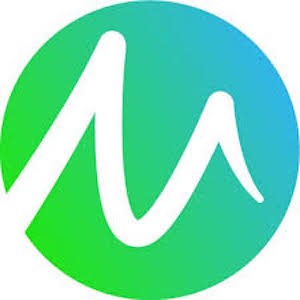 From Egyptians to Aztecs, Microgaming has focused heavily on the wealth and riches of ancient civilisations when developing its two latest iPhone video slots. The two games are set to hit casinos this May, bringing players the chance to explore Egyptian tombs and Aztec temples for their chance to uncover unimaginable hidden treasures.

Hidden Treasures in Temple of Tut

The first of the upcoming releases will be the Temple of Tut. Based on the legendary Egyptian pharaoh Tutankhamun, this online slot game will take players on an adventurous journey through mysterious tombs and pyramids in a search for valuable golden hoards. The game plays out over a 5x3 reel set with 10 paylines, and is full of super reels, free spins, and stacked wilds to boost its winning potential.

The graphics and visuals in Temple of Tut are also guaranteed to thrill thanks to their realism and engaging nature. Symbols on the reels include a profitable Eye of Horus, ornate antique medallions, Egyptian explorers, and other classic icons from the land of the golden sands. The Super Reels concept also takes centre stage, appearing at random to offer even more wild winning potential for real money spinners.

Find Riches of the Aztec Empire

The second release of the month is titled Riches of the Aztec Empire. With 5 reels, 3 rows, and 243 ways to win, the Aztec Empire is the main theme of this Microgaming slot, being one of the mightiest and wealthiest populations to ever have inhabited the earth. The Aztecs ruled most of South America between 1300 and 1521, and rumours of incredible hidden Aztec treasures in ancient temples still persist to this day.

The upcoming game will allow players at Microgaming online and mobile casinos to adventure through crumbling temples themselves, giving them a shot at uncovering one of the largest treasure piles this ancient group of people ever stashed away. The game boasts a Giant Re-spin feature and top-rate graphics, animations and sound effects, as well as a unique look courtesy of its developer’s dedicated design team.

Both new titles will become available for real money play later this month, offering gameplay that is optimised for both desktop and mobile devices running iOS. iPhone players will be able to choose from a variety of bet sizes to suit their budgets while adventuring through the deserts and jungles of old in search of their biggest pay-days yet!