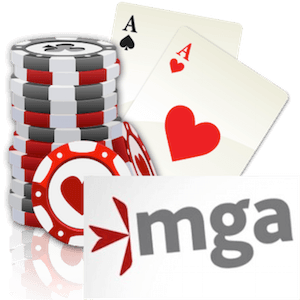 The Malta Gaming Authority (MGA) has always been at the forefront of casino gaming regulation. Now, the prominent regulatory body has revealed a plan to launch a new, unified self-exclusion system for casino operators that have been granted remote gaming licensed from the region.

Earlier this May, the Parliament of Malta green-lighted a third and final draft of the country’s new national Gaming Act. The bill will give the MGA greater power in its supervisory role, focusing heavily on enforcement and compliance measures to address issues like money laundering and the funding of terrorism using iGaming proceeds.

Additionally, the MGA will also be granted enhanced intervention powers. The bill also officialises the role of the MGA’s Player Support, which will act as a mediator between operators and players who have experienced issues at the hands of these gaming suppliers.

As a part of the fresh approach, all operators holding remote gambling licenses will now be required to adhere to the unified self-exclusion system, through which players that self-exclude themselves from a single gaming site will not be able to use the services of any other operators holding Maltese licensing.

The MGA also recently implemented a similar self-exclusion programme for land-based casino operators in Malta. CEO of the MGA Heathcliff Farrugia has noted that the protection of players is the core of his organisation’s regulatory agendas, and that the new project highlights its determination to ensure that players can access all tools necessary to enjoy gaming services in a responsible way.

Farrugia also added that over the years, his association has seen efforts from online casino game sites to implement a wide range of responsible gambling measures. This leads him to believe that gaming operators and players alike will receive the unified self-exclusion system warmly.

Over the coming weeks and months, the MGA will begin to assess the compatibility of a selection of technical additions to the system. This process will involve a public consultation period, a call for requests for technical development, and the final implementation of the Authority’s chosen solutions.

Furthermore, the MGA is also deliberating on opening the system for voluntary subscription to operators that are licensed in other territories. However, for now, it has been confirmed that the programme will focus on companies that are licensed under Maltese jurisdiction.