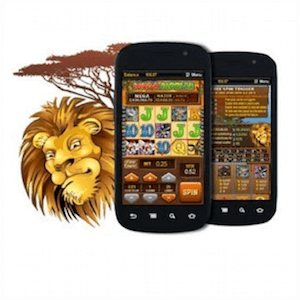 Mega Moolah has a well-earned reputation for making lucky players very rich, very quickly. Enormous 7 figure sums are paid out on a regular basis, so it stands to reason that when most slots players think progressive jackpots, they think Mega Moolah. However, sometimes a jackpot is not won for an extended period of time, and the winnable amount starts to enter into new territory.

As it presently stands the jackpot has managed to grow into a record sum, exceeding a staggering $13 million. It means that it is the guaranteed second biggest in the slot game’s history, should it be won at this exact moment. The largest to date was £13.2 million, which converts to $17 million. So, there is still some growing to do in order for it to be the biggest ever, but that may still happen, depending on circumstances. 46 people have become millionaires in an instant thanks to this game, and its moniker as the millionaire maker is well deserved.

When a Mega Moolah jackpot amount enters into a record zone, inevitably there is an enormous influx of eager fortune seekers. This, of course, means that the chances of the huge sum of cash being landed increases dramatically. So it seems likely that it won’t be long now until someone walks away with that life-changing sum of cash in their pocket.

Either way, whoever the winner happens to be, they will be taking the second place crown from a Mister Marcus Goodwin, who landed the $11.6 million prize two years ago. Marcus Goodwin, who chose to reveal his name upon winning the prize, has not made any comments about being outdone.

The aspect that makes Mega Moolah stand apart from other progressives is that there is no minimum bet required in order to get a shot at the grand prize. Some slots games of this nature demand that a minimum bet be wagered, in order to even have a chance. In this case, however, even players with the lowest stake amount get a fair chance. It is one of the reasons that the game has remained so popular since its launch in 2006.

The lucky person to grab the big money has yet to be announced, which means that player numbers are likely spiking at this very moment. It remains to be seen if the amount will grow to be the biggest in the game’s history, or someone will be getting a more than $13 million surprise. Keep your fingers crossed if you’re one of those heading into the mix on desktop or mobile.