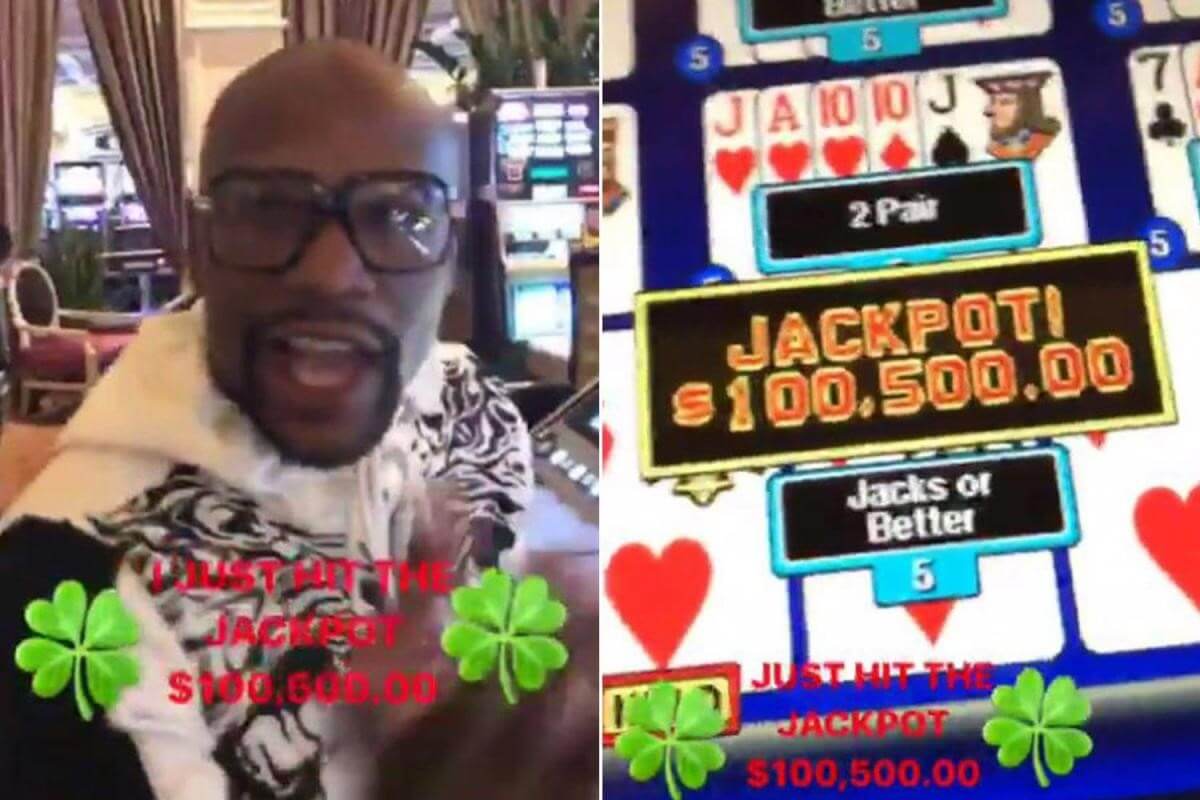 Floyd Mayweather Jr. has appeared in news headlines once again, just weeks after claiming his victory against fighting opponent Connor McGregor. This time Mayweather’s appearance in the news isn’t related to boxing, however: instead, the formidable fighter has won an incredible jackpot on a poker machine in one of the casinos on the Las Vegas strip.

The undefeated boxing champion left the casino with a considerable amount of cash, taking to social media to reveal his big win. As it turns out, Mayweather struck an impressive jackpot of over $100,000 while playing the electronic poker machine in question.

While the jackpot may be just pocket change to the billionaire Instagram icon and boxer, it is a sign that Mayweather’s lucky streak hasn’t ended just yet after his victory against McGregor in one of history’s most highly anticipated fights.

Money posted an Instagram image of the winning video poker machine’s screen on the day of his win, along with his winning tickets that showed a whopping win of $105,000. The boxer and billionaire also apparently claimed another $70,000 earlier that day, making for an impressive total of $175,000.

A later Instagram post from the boxer showed Mayweather sitting beside an airplane table full of cold hard cash, which the boxer captioned ‘Headed to @GirlCollection’ – his very own gentleman’s club that he operates on the Las Vegas strip.

Mayweather has earned his nickname for being known to flaunt his cash on social media. And with a net worth of over a billion dollars thanks to record-breaking income from his fight against McGregor, the champion fighter certainly has plenty of assets to flaunt!

Mayweather is thought to have earned over $300 million from his fight with his UFC opponent in August, with American spectators paying $96 each to watch the legendary fight go down. However, the gate receipts still did not match those of Mayweather’s Pacquiao fight, with just over $55.4 million in sales reported.

Las Vegas bookies also won big with Mayweather’s victory, after around 80% of all wagers were placed on his opponent to win the fight. The massive gamble definitely paid off for bookmakers, who would have suffered immense losses if McGregor had managed to win.

Boxing has enjoyed a major upswing in popularity in recent years, and the betting industry has played a significant role in pushing the sport back into the spotlight and getting punters interested in heart-racing fights once again.