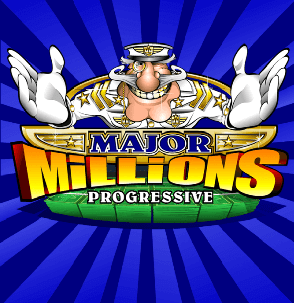 Microgaming is a UK-based online slots and casino game developer with a massive portfolio of games for the real money market. Celebrated as a pioneer in the field of online casino gaming, the Isle of Man-based company offers a wide range of games, including popular progressive slots like Major Millions.

Along with Mega Moolah, Major Millions is by far one of Microgaming’s most popular progressive online slots, in part thanks to its generous cash jackpots that can reach well into the millions. Most recently, Major Millions did just that, paying out a massive $1,215,341 progressive prize to a lucky mobile casino player earlier this month.

Casino Listings is still waiting for further details on the mammoth win, but there are a few key facts that are already known about the payout. It has been confirmed that the prize was indeed won by a lucky punter, and the jackpot is the 61st of its kind to be paid out by the slot since it first began to be tracked.

The huge cash win of $1.215 million is also the fifth largest jackpot to ever have been struck on Major Millions. The slot pays out an average major jackpot of $562,448 every time it is struck, while its largest ever payout was hit earlier this year in May for a gargantuan prize of $1,945,884.

Being a progressive slot, the Major Millions progressive jackpot pool grows larger every time a player plays one of the slots in its network for real money. A portion of each wager is transferred immediately to the jackpot pool, creating the massive potential prizes that have made the slot so popular among casino players.

How to Trigger The Major Jackpot Prize

The major jackpot in Major Millions is awarded when a player manages to land five Major Million jackpot symbols on the slot’s fifth payline, with players required to spin the reels at maximum bet in order to trigger the prize. The jackpot is triggered completely randomly, but is hit around every 6 weeks on average, making it a tempting prospect for any aspiring big winner.

With colourful symbols and a fun military theme, Major Millions is one of Microgaming’s oldest and most popular slots. Along with several progressive jackpot pools, the game also boasts a lucrative free spins feature and plenty of wild symbols that give every mobile casino player the chance to win huge from their very own iPhones.