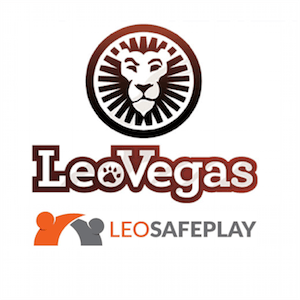 LeoVegas is once again pushing the boundaries of transformative processes in the gambling industry. The company has officially established its LeoSafePlay responsible gambling initiative as an independent business that will be operating in its own capacity. To this end, LeoVegas has also undertaken a major management reshuffle within its current company structure, in order to make provision for a management team for the new entity.

Richard Woodbridge will reportedly be on board as the newly established entity’s Chief Operations Officer, come 2019.

LeoVegas first established the LeoSafePlay initiative back in November of last year, and the aim was to provide a platform where customers could access services and tools that promoted healthy and responsible gambling habits.

The company has announced that reason behind the major re-shuffle and establishment of a stand-alone business unit focusing solely on responsible gambling, was that it had identified the need to create the best possible landscape for the next generation of gamers; one that incentivised and encouraged responsible gambling, especially with machine learning in mind.

LeoVegas confirmed that current Chief Commercial Officer, Rikard Ljungman, will now leave his position in order to focus solely on the development and growing of the new LeoSafePlay business. Richard Woodbridge will, upon joining in January of next year, assume Ljungman’s duties in Malta.

Focus On The Long-Term

Woodbridge will be joining LeoSafePlay and the Group after having served retailer Ellos Group in the capacity of Chief Operating Officer. Woodbridge had also previously served in the same position at Nelly.com, which is an e-commerce company. It’s clear that in terms of experience, his portfolio is the right one for the job.

Group CEO Gustaf Hagman, shares in this sentiment. Hagman recently said that given Woodbridge’s background, he was a perfect fit. This is especially true when considering the group’s renewed focus on growth and long-term sustainability. The promotion of responsible gambling is a pivotal part of being successful in the gambling industry over an extended period of time.

Hagman also said that a number of key data metrics had been employed in order to reach the decision to establish a stand-alone company focusing solely on one avenue of focus. It was obviously not a decision reached in a spur of the moment manner.