iPhone 5 expected to launch in September 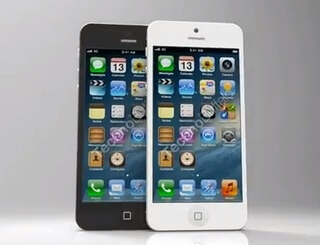 This move by Apple could have huge implications for manufacturers of accessories and also for users who have already invested money in collecting the 30 prong accessories and peripherals to go with their Apple device.

Digitimes, the Taiwanese e-news site quotes insiders in the industry as saying that contracted manufacturer, Pegatron, has already begun making the new iPhone at its Shanghai factory.

French website, App4Phone reported  that Chinese sources that specialise in the manufacture of accessories, have allegedly received technical data and a specific release dates, rumoured to be September 21st.

If this is true it will send shockwaves through the mobile phone world as fans of Apple products will be on edge to get their mitts on the new handset.

Speaking to one gambling enthusiast, he said that “the iPhone has revolutionised the way I gamble online, whether I’m at the gym or in my car in a traffic jam, the speed of the iPhone allows me to place my bets within seconds. I cannot wait for the new iPhone to be released.” Other rumours are that the new device will be longer with a bigger HD screen and the headphone jack will be moved to the base of the phone.

Much has been made about the capabilities of the new iPhone, including the new nano-sim it will employ. The nano-sim will be about 40% a smaller than the current micro-sim used in most smartphones today. On top of that, users across North America will receive 4G mobile broadband, a huge jump from the current 3G band as this will allow players to access their web and app services quicker. Unfortunately iPhone fans in Europe won’t receive 4G capabilities as most European carriers don’t support it yet.

One thing is for certain, whether the rumours are true or not, they show no signs of slowing down until an official statement is made by Apple. Once the announcement is made, the landscape of the mobile market will change dramatically and so will the way we use our mobile devices.