iPhone5 Is Just Around The Corner 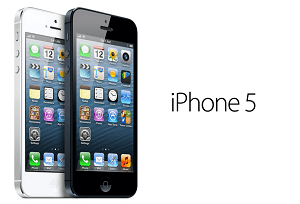 As summer turns to autumn, rumor mills and gossip benches are abuzz with tidbits of information in anticipation of a September 12, 2012 announcement by Apple regarding its new iPhone5 and a proposed release date of September 21, 2012. It is interesting to note that while data leaks are popping up everywhere, actual pictures of this new phone appear to be securely tucked away in an Apple vault.

There is enough hype wafting to lead a Gadget Box spokesperson to question whether it is wiser to keep the phone you have, take advantage of discount deals for iPhone4S, or wait. In the field of speculation, hints are flying around as to why Apple has apparently not made any effort to mount a promotional advertising campaign since iPhone5 appears to have been in production status for at least two months. Some speculation-ville experts opine this leaves Apple in a position to change the debut date at the last minute to sometime in 2013. Not only have no pictures been unveiled, some leak sources wonder whether the name will actually be iPhone5.

Entering “iPhone5” into a news search engine results in the opportunity to view a prototype photo leaked from Thailand although component parts are being made in China. Rumor has it that component producers have been laboring 24/7 since July in preparation for the September announcement. Spectuation-ville experts are standing on their heads wondering why the prototype came from Thailand rather than China since Apple appears to be in deal negotiation talks with China Mobile.

Some prototype photography analysts have concluded that if connectivity issues are about to be improved via NFC chip and LTE, iPhone5 will be the first with these features. Possible use of Apple’s nano-SIM card is paving the way for the inclusion of more features. The prototype appears to display a better battery, a bigger screen than S4, and a slimmer housing. The back is rumored to be aluminum with a part of the front made of glass which will be very easy to break unless a protective case is used.

Wall Street analysts speculate that iPhone5 could be a definite economic boost for carriers such as Sprint whose unlimited data fee is currently $10 to $20 lower than that offered by Verizon or AT&T.
Rumor has it that AT&T plans to launch a new share-data plan on August 12th just one month prior to iPhone5’s debut announcement.