If you were one of the founders of Instagram you’d assume that life was just about as peachy as it could possibly be. After all, given that virtually every millennial from one side of the globe to the other is a veritable Instagram addict, all that would be required of you right now is to sit back, watch the money flow in, and try dream up new ways to spend it. Right?

This is probably at least partially true, but it turns out that being a founder of one of the most used social media platforms in the world is not without its hassles. So much so, in fact, that the original founders of the application, Kevin Systrom and Mike Krieger, have officially called it quits, thrown in the towel, and headed for the nearest exit. Their departure was so sudden and so unexpected that initially it seemed like no one had any clue what was going on. Not even high-level executives seemed to know; resulting in mass, probably very image-harmful, chaos.

When the chaos slowly cleared, information was still very sketchy as to what exactly happened. All that everyone involved was willing to do was post the expected well wishes and farewells on Twitter accounts, after which lips were zipped. So the question everyone is asking is; what the hell just happened?

Virtually everyone on earth knows what Facebook and Instagram are at this point. They are all but built into phones these days, so even if someone really only uses their phone to have fun and play casino games, the chances are they have at least had a glance of one or the other. But, for those who are not aware, Facebook purchased Instagram six years ago. The acquisition seemed to be highly beneficial for both parties involved, and these days Instagram is even quickly surpassing Facebook in popularity.

Mostly, as already said, because the platform is largely preferred by millennials. With its slicker design and strong focus on snappy sharing of photos, it is all but the stuff millennial dreams are made of. 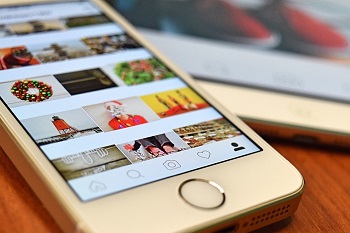 since the purchase. The two firms did not exactly get along, and many point to the fact that Facebook has, more and more over the years, aggressively forced itself into Instagram on many intrusive levels. A user can barely use Instagram without being constantly, sharply reminded that Facebook is still around, still a thing, and sure would like it if you maybe headed on over there, please.

What Does It All Mean?

So it isn’t that difficult to see why Systrom and Krieger left, especially since it is obvious that the abrasive attitude of Facebook is not going to be changing any time soon. As far as can be gleaned by how the situation finally boiled over, they have been tolerating the tension for six years, and that tolerance has finally reached its end.

As far as Instagram goes, the social media network will carry on as normal. The users themselves will likely not notice any difference at all, and business will proceed as usual.