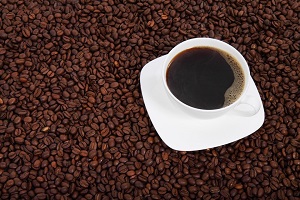 Have you ever been feeling in a slump at the office, thinking to yourself that it’s just about time to sneak off to the bathroom, and steal a nap in a cubicle? Of course you have, everyone has at one point or another! Though, just as the thought crossed your mind, a drone swooped in, scanned your face, determined you were tired and delivered a hot cup of coffee. The boost from the coffee gave you the energy you needed to push on, saving you from being busted napping in the bathroom.

No, this isn’t the norm just yet, but if the patent filed recently by IBM is anything to go on, it might soon be in offices around the world. That’s right, the coffee delivering drone is a reality, and bloggers everywhere are already coming to the realisation that a coffee delivering drone will be far more distracting that a coffee trolley ever was.

A drone that delivers coffee, on its own, wouldn’t have been impressive enough. So IBM went the whole nine yards and made it a coffee drone that uses integrated biometric technology. According to the plans the drone will scan employee’s faces, determine if they’re hitting a low, and automatically deliver coffee if it is determined that the subject needs it.

At first glance the idea sounds impressive, but thinking a little deeper really does make one ask questions about just how much IBM are bent on turning their offices into a dystopian future, where a robot that delivers coffee handles signs of tiredness. Technology has been great for so many things, from changing the way we enjoy casino online games to ensuring that we can stay in touch with our friends and family around the world at the touch of a button, but many wonder if coffee-delivering drones may be one step too far…

Are Coffee Drones The Future?

As it stands, IBM would not make any comments on if they intended on turning their coffee delivering

robot design into a business venture, or if they intended on simply keeping it for in-office purposes. On the other hand, it can’t help be thought that face scanning drones are a very expensive solution to something that can’t have been much of a problem to start with. After all, was a replacement really needed for a trolley pushed around the office, offering a beverage to those who needed it?

Interestingly, the project lead on the drone patent Thomas Erickson, has since retired from IBM. Erickson is a self-proclaimed sceptic of artificial intelligence, stating that he sees no real future for the technology. He proclaimed that instead the real advancements would come from existing knowledge being more efficiently shared between humans. Erickson may just be onto something there; if hovering drones are IBM’s answer to making sure employees have enough caffeine in their system.

Either way, the IBM patent has been filed, which means that similar drones will likely be seen in the future. Costa Coffee in Dubai pioneered a similar system that delivered beverages to beach users. Though in this case it was simply a publicity stunt, with no word on the system becoming standard.

So it looks like it isn’t time for waiters and waitresses to be replaced by hovering robots just yet. At least not until there are a few advancements in terms of battery life. The standard drone still won’t go very far without having to be charged more frequently than is convenient. Fingers crossed though that local coffee shops start investing in the robot filled science fiction future that we’re all secretly longing for.