Hall of Gods Coming to Mobile 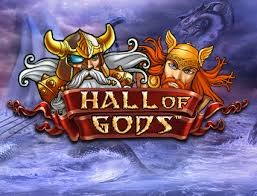 NetEnt’s iconic online slots game Hall of Gods is coming to mobile and players will finally be able to get in on the action, on the go.

From the 16th of February players will be able to enjoy Hall of Gods Touch mobile slot on iPhone, iPad and Android, and amazingly, that’s not all. NetEnt is also releasing a new slots game around the same time, and Wild Wild West: The Great Train Heist is set to go live just a week or so after.

NetEnt seems set to expand its mobile offering even further in 2017, and by bringing Hall of Gods to mobile they have certainly captured players’ attention.

Progressive Slots Action at its Best

There are several factors that work together to make Hall of Gods one of NetEnt’s more popular slots. The game features a highly effective Norse theme, the interface is easy to navigate, and its soundtrack is highly appealing. But what really sets this game apart are its enormous jackpots.

Hall of Gods is one of the few slots games that are more than capable of making players instant millionaires as it boasts 3 progressive jackpots. The Mega Progressive Jackpot can hit between the 4 and 6 million mark, making this game a favourite with anyone looking for a big win.

When Hall of Gods goes live on mobile devices on the 16th, it will join Mega Fortune Touch and Mega Fortune Dreams as the biggest NetEnt jackpot games available for play on smartphone or tablet.

Although NetEnt is set to release brand new slots games for mobile in the upcoming months, players are often far more excited about their existing favourites being optimised for mobile. This seems to be the case with Hall of Gods, as this progressive jackpot slot has an enormous following.

A 5 reel, 15 payline video slot, it’s almost sure that when NetEnt releases Hall of Gods for mobile, the game will lose none of its charm. The reels are filled with symbols of characters such as Odin, Freya and Thor and the bonus rounds are also suitably themed and should render flawlessly on smaller screens.

The games simple yet slick design will translate well to iPhone and other mobile devices, and should be available for play in free or real money mode. However, if players want to stand a chance to win one of the 3 progressive jackpots, they will need to make a deposit at the NetEnt powered casino of their choosing.

As the 16th of February approaches, NetEnt fans are sure to grow even more excited about enjoying this great slots title on their mobile, and it will be interesting to see whether the developer will release more of their current games in this format going forward.