The recent breach in user confidentiality and people’s rights to online privacy and non-interference has cast many a shadow of a doubt over the basic integrity of social media giant Facebook. Especially since what followed the initial allegations was a true modern-day version of methinks she doth protest too much.

Facebook has made a huge party of the importance placed on the safeguarding of users’ information, but the true integrity of statements such as these is highly questionable, especially following incidents such as the recent abuse of data used to influence everything from Trump’s election as president, to the subtle promotion of Brexit campaigns. Whereas leading online casinos and other ecommerce sites stick to incredibly strict security protocol to preserve the integrity of users data, Facebook seemingly flouts the rules and goes their own way.

Worst of all is that founder Mark Zuckerberg has yet to issue a formal apology, instead opting to dance around the issues at hand, offering half-hearted, watered-down explanations for what has transpired instead.

In short, Facebook has officially perfected the art of passing the digital buck.

In fact, Facebook is doing more than just passing the buck; they are plain old blame shifting.

According statements issued by the social media giant, the proposed user-profile data leak occurred when a third-party quiz application was given carte blanch right of way user information. This information was reportedly sold to a company known as Cambridge Analytica, who then proceeded to do what they had reportedly come to do in the first place: promote a presidential campaign to users who would not normally even have shown a keen interest in politics, let alone a keen interest in Donald Trump.

The slow and subtle manipulation of the way in which users respond to certain information stimuli was the culprit trolling the digital passages of Facebook this time round. To add insult to injury, this is not the worst of it. And what’s more, this wasn’t the first of it, either.

In 2016, Facebook came under fire for its reported involvement in the elections of that year, as well as the aid that it had allegedly extended to members of Russian Intelligence. 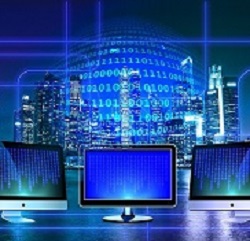 To say that Mark Zuckerberg doesn’t seem remorseful is the understatement of the year. Many are now asking whether Zuckerberg deems himself invincible due to the sheer size of what Facebook has become. And yet, Facebook has not come away completely unscathed. The company’s basic worth on the worldwide stock market has dropped by a staggering $60 billion.

What’s worse is that Facebook has managed to drag down other tech-companies along with them, some of which are not able to weather the perfect storm to quite the same capacity as what the social media giant has managed to do.

Is Facebook truly the invincible monster that Zuckerberg deems it to be? Many think that the answer to this question is a very firm NO. Antitrust powers that be in the United States now have their gaze fixed firmly on its daily wheeling’s and dealings and one step in the wrong direction could very well result in dire consequences in the digital landscape.

Facebook would be wise to heed the council of history and consider the trouble aplenty that plagued tech and software giant Microsoft after its brush with similar circumstances back in the 1990’s when the Microsoft Windows Monopoly was placed under the critical looking-glass of the regulatory powers that be.

Microsoft did manage to recover from the unsavoury affair but the truth is that the company hasn’t been the same ever since. The very culture of the company changed from a hard-headed go getter to a soft and even timid enterprise.

Facebook would do well to consider a page from Microsoft’s book if it wishes to remain the force to be reckoned with that it has been until recently, otherwise the #deleteFacebook campaign may just sound the death knell for the brand.