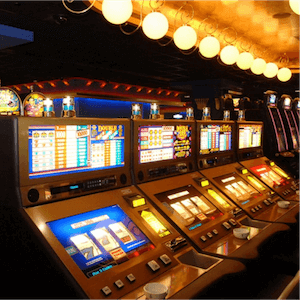 Easton Pharmaceuticals, a Canadian company, has indicated interest in the Loutraki Casino in Greece. It was recently announced that the company has been added to the shortlist for either acquiring a stake, or taking part in the purchase, of the hotel and gambling resort. This report arrived after the company revealed earlier on in 2018 that it had registered interest in an undisclosed Greek casino resort.

Loutraki is 1 of 9 gambling complexes in operation in Greece, and features 20 suites, 255 hotel rooms, a spa and wellness center, conference venues, and gambling facilities. There are over 1 000 slots and almost 90 gaming tables available, along with an exclusive area for VIP players. Located in the town for which it was named, situated just 80 kilometers from Athens, the area is already a popular tourist draw thanks to its therapeutic mineral springs.

In the statement released on Monday, Easton made it known that its company CEO, Evan Karras, is already familiar with the venue and its operations, along with the Greek gambling industry as a whole. He was involved in gambling businesses being privatised in Greece in the 90s, and aims to expand his business interests across it.

The company also revealed that they will be acquiring a stake in the Loutraki complex with a significant discount that to Karras’ previous participation in the industry, although they did not disclose the purchase price.

Easton additionally declared earlier on in 2018 that it has entered into a Letter of Intent in order to participate in the development of a European hotel and casino resort. Further details about this unspecified project are yet to be released, but will no doubt be made public when the negotiation phase of the deal has drawn to a close. All that was said was the Easton would be partnering with US casino arm of a holding company based in Canada who is in charge of the project.

A facility boasting 1 000 slots and 50 table games, along with a 538-room hotel which will additionally provide entertainment, food, and beverage options, a venue for meetings and conventions, a spa and wellness center, retail facilities, and VIP suites are some of the expected features. High-end customers will be targeted, and the location is expected to see revenue of more than €77 million per annum once it is complete.