Apple Warns That iPhone X Supply Could Be Limited 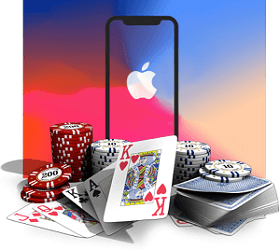 iPhones are the preferred way to play mobile casino games for many millions of players around the world, in part due to their advanced technological capabilities and high resolution screens. However, many will know that some of Apple’s mobile devices have been smash hits, while others have received lukewarm reception from the company’s fans on release.

Now, questions are being raised about the demand for Apple’s iPhone 8, as well as the supply of its much-anticipated iPhone X smartphone models. Apple recently warned in a press release that iPhone X buyers should act quickly when the devices hit the shelves on November 3 to avoid disappointment, showing that the technology giant has high hopes for the success of its upcoming product launch.

However, demand for the iPhone 8 has apparently been somewhat slow, with Canada’s largest carrier of Apple iPhone and iPad products referring to sales as ‘anaemic’ – that is, they have not been quite as high as was anticipated on the product’s release.

Supply And Demand Could Pose Challenges

These two issues, which were reported just before the launch of the iPhone 8, are expected to be something of a problem for Apple in the coming months. The iPhone is by far the strongest driver of Apple’s sales and profit margins, and the success of launch season often determines how well the product’s sales will perform overall.

Experts at Axios were also interested to hear popular mobile provider AT&T’s opinions on the launch and demand of the iPhone 8 – although unfortunately, the topic was not raised during the company’s earnings conference call.

In terms of the iPhone X, the new smartphone is set to appear just over a month after the new model from Apple, and reports have suggested that supply will be even tighter than previously expected as the tech corporation is facing challenges in obtaining the correct components.

Media firm Bloomberg has noted that Apple has since loosened its requirements for one of the iPhone X’s key components - a component of the Face ID recognition system that is one of the most hyped features of the new model – in order to boost the smartphone’s supply to meet massive public demand.

It is not known for sure how these dynamics will affect Apple’s sales, but it will be interesting to see whether or not the new iPhone X receives a warmer reception from Apple fans than the iPhone 8 did earlier this year. More details on the subject will be provided when Apple reports its earnings on November 2.