Advertising Wars: Survival of the Fittest 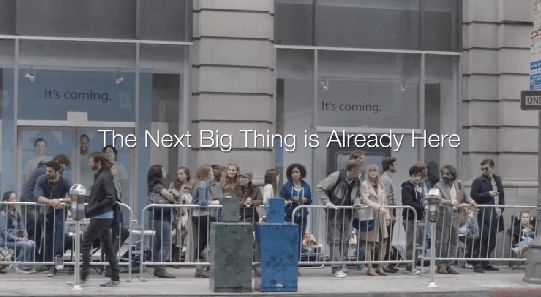 Also known a little more innocuously as “comparative advertising”, advertising wars generally compare the advertised product with a major competitor, pointing out why the first brand is so superior. While such “knocking copy” can simply list or demonstrate the better qualities of a product, it usually involves mockery and some tongue-in-cheek humour and can get quite savage at times.

No Sector is Safe

Stiff competition between rival brands is seen across all industries, from popular cola companies Pepsi and Coke to the world’s top two smartphone manufacturers, Samsung and Apple. While rival online casinos tend to compete by trying to outdo each other’s bonus offers, many other companies play dirty with knocking copy campaigns. Advertising wars between them are characterised by one company releasing an advertisement that mocks the other, and then the injured party retaliating against the specific taunts. Samsung and Apple are a great example of this, with an advertising war that goes back much further than the most recent, Samsung advertisement mocking the iPhone X.

After Samsung’s “iSheep” advertisement, which mocked the long lines that iPhone users will stand in to get the latest device and other aspects of the products while promoting the Galaxy S3, Apple shot back in quite a subtle way. They released some print advertisements detailing their Green initiatives, with a tagline that said  that they had some ideas that they wanted every company to copy – a very thinly veiled reference to its lawsuit against Samsung for copying Apple technology.

Razor-sharp wit and successful comeback skills are essential for success in advertising wars, and this can take on various forms. Apple’s famous “get a Mac” advertisements that ran from 2006 to 2009 featured personifications of a Mac and a PC, in the form of cool actor Justin Long and decidedly uncool John Hodgman respectively. While all 66 of the advertisements in the campaign mocked Microsoft’s products and philosophy, the skilful way in which it was done involved portraying the PC character as lovable but predictable and boring.

Another good example of comparative advertising, this time almost using elements of a whisper campaign, is 2009’s Miller High Life campaign that mocked competitor Anheuser-Busch for spending so much money on Super Bowl advertisement airtime. In the weeks leading up to the Super Bowl, Miller ran a commercial that said, unlike the out-of-touch extravagance of Anheuser-Busch, all they would need was a one-second ad.

The single-second advertisement was created, with nothing but a spokesperson yelling “high life!”, but this was pulled by NBC at the last minute for being “disparaging” to all paying advertisers. Local stations ran with it anyway and many newspapers covered the story; it was much cheaper than NBC’s premium advertising space and you simply cannot buy the kind of publicity it generated for Miller.

Rivalries that go on for years, such as between Pepsi and Coke, also often show development as audiences become more sophisticated. Many years ago Pepsi ran an ad where blind taste tests always led to people choosing Pepsi over Coke, but more recently an advertisement where a Coke employee discreetly chooses Pepsi Max for his own drinking pleasure was aired. Social media has also affected the way modern advertising wars are run; brands will often mock each other in a to-and-fro series of posts on Twitter, for instance.

Do the Ends Justify the Means?

Comparative advertising is certainly effective at drumming up and holding public interest. Watching to see what comes next is very entertaining, especially when savage wit is wielded as the weapon of choice in the advertising war. Brand loyalty can also be bolstered in the process, but it can also seem like playing a little too dirty and may turn fickle consumers against a product.

The other risk is that, in order to fully appreciate the humour of a mocking advertisement, viewers often need to watch the original ad. The company’s rival gets as much airplay as they do, which can backfire in terms of which company creates the most positive impressions with consumers. Mocking campaigns can pack a serious punch, but they have to be executed with commensurate skill.