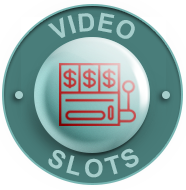 Welcome to the exciting world of slots where gambling and gaming take on new heights and provide constant thrills. Video slots are by far the most loved and most played casino games in the world. Don’t believe us? Set foot inside any casino and you’ll see the floor lined with nothing but slot machines. The same can be said for iPhone video slot games – these games provide the bulk of titles at most if not all iPhone casino operators. Video slots are popular for a number of reasons but the most obvious reason as to why people prefer to play them is because they have the widest appeal. These games can be simple and complicated at the same time. They can provide a basic setup and then suddenly become interactive and provide all kinds of extra games. In other words, there is a video slot game for everyone.

Playtech has been around since 1999 and is considered one of the founders of the now very popular live dealer movement. But what they’re most known for are their video slot games. Playtech’s ability to adapt and change is one of their strongest attributes. For the longest time they offered a slew of Marvel slots. Subsequently the partnership ended and within a few short months the company had managed to strike up a new partnership with DC/Warner to provide video slots based on their intellectual properties. We recommend these Playtech slot games:

NetEnt started out in 1996 in Sweden and today is one of the domineering forces in the online and mobile casino industry. NetEnt separates itself from the rest through sheer drive and innovation, producing some of the most beautiful games you’ve ever seen. We recommend the following games:

There’s no way we can talk about video slot games without talking about Microgaming. Here are our recommended Microgaming iPhone slot games: